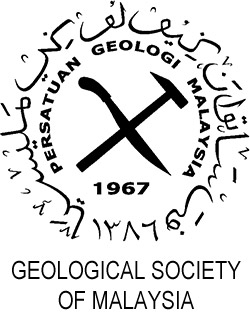 Abstract: Study at Northern Sabah shows evidence of geological indicators of sea-level changes preserved on the coastal areas. The geological features are found on cliffs, islands and ancient shore platforms. They are found at Batu Kuala Tajau, Batu Panjang North, Tanjung Simpang Mengayau, Pulau Kalampunian and Tindakon. The ancient sea-level is several meters above the present sea-level. However, a proper and detailed study needs to be carried out in order to determine the meaningful historical sea-level changes to take into account the tectonic uplift and eustatic sea-level changes in the area. Several of the sites are easily accessible, therefore they could be used as field educational sites to educate and create awareness among the public on global climate changes due to global warming currently affecting the Earth. The catastrophic impact of global climate changes is the rise of global sea-level. Educational aspect such as how the rise in sea-level thousands of years ago has flooded the coastal areas could be imparted upon visitors to the sites. The other geological and geomorphological features in the study area include faults, joints, graded beds, sandstone concretions containing mudstone nuclei, sea notches, sea caves, Liesegang bands, potholes, honeycombs, tafoni and various erosional and weathering features. These features have scientific, aesthetic, recreational and cultural values and as such they comprise the geoheritage resources of the area and should be protected. The geoheritage sites have high geotourism potential for research, educational and recreational activities and could be developed for geotourism purpose with steps to ensure sustainability and protection of the sites. The promotion of educational geotourism at the sites, especially on ancient sea-level changes, could instill public awareness on global climate changes due to global warming and thus would encourage the public to protect the environment. The use of geological features to instill public awareness on global climate changes is an innovative approach to create awareness among the public on the importance to care for the environment.