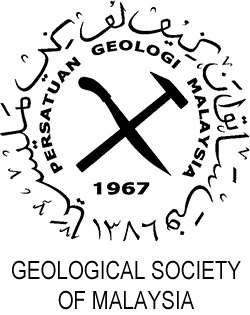 Abstract: Following the successful production from fractured basement in similar Tertiary basins, the basement play was pursued in the Malay Basin, particularly during the 2000-2010 period but, unfortunately, that effort fell short of expectations. The only oil discovery in fractured basement reservoir was Anding in the southwestern part of the basin. Despite its development being delayed due to economic reasons, the Anding discovery had been the basis for the basement play concept: namely, a fractured reservoir formed of pre-Tertiary metamorphic rock, charged from overlying Tertiary lacustrine source rocks in an adjacent half-graben and sealed by a transgressive shale unit. This paper examines seismic, gravity and well evidences on the pre-Tertiary basement geology, with the aim of assessing further the hydrocarbon potential of pre-Tertiary basement. The pre-Tertiary basement subcrops beneath the Malay and Penyu basins represent a continuation of the onshore geology of Sundaland Mesozoic terrane. Wells that penetrate the Base-Tertiary Unconformity (BTU) indicate a variety of rock types including igneous, metamorphic and sedimentary. Seismic data show the widespread presence of layered rocks beneath the BTU which could include potential new plays. Gravity modelling was carried out to help distinguish between pre-Tertiary layered rocks and Tertiary synrift sediments. Fractured reservoirs, like those discovered at Anding, seem to be associated with major strike-slip fault zones which are identifiable on high-quality seismic. Carbonate structures such as paleokarsts and buried hills are also recognisable and could potentially be mapped with seismic. These pre-Tertiary plays also rely on hydrocarbon charge mainly from the overlying Tertiary source rocks. Although Palaeozoic-Mesozoic source rocks may have passed their hydrocarbon generation stage, their gas potential cannot be ruled out.